Despite loads of skepticism this was the right direction for my beloved Picross series, Picross 3D ended up delivering the feel of classic, 2D Picross while putting a new spin giving a fresh angle adding an extra dimension (SORRY) to the gameplay so it doesn’t just feel like a Picross expansion pack. (Although I honestly wouldn’t have minded.) Also, now I’m really looking forward to the inevitable Picross 4D.

I like to give Mass Effect 2 a hard time for not quite living up to the original (probably my favorite game this generation), but Bioware’s sequel managed to cut out a ton of what everyone most disliked while improving the parts they loved, and that sounds like a success to me. There’s a little less awe and wonder this time around because you’ve already been introduced to the Mass Effect universe in part one, but Bioware nearly makes up for it with a huge cast of some truly original characters, including a singing alien and—finally—a killer, renegade robot.

As much as I loved Grand Theft Auto IV, I’m part of the large group that feels the sandbox genre has definitely stagnated since the glory days of the PlayStation 2 GTA games. It was a huge surprise, then, when I was unable to tear myself away from Just Cause 2, a game that’s constantly lambasted for being shallow and repetetive. But the sort of stuff you do in Just Cause absolutely bears repetition, whether it’s jumping out of airplanes, tying speeding vehicles together with a grappling hook, or detonating progressively larger fuel depots. There’s a central plot and overacted characters and all that—everything you need to fit the bill of a contemporary sandbox game—but Just Cause 2 once again gives you a reason to ignore all that and just blow up everything in sight. 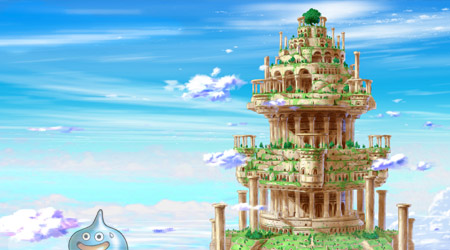 I was not a fan of Dragon Quest VIII. I picked up my copy of DQ9 mostly out of obligation and approached it with a sense of dread. To say that I was pleasantly surprised is a gross understatement; I ended up playing this obsessively for the latter half of 2010. It’s got that classic Dragon Quest feel, an almost endless amount of content, and an unprecedented level of fan service in the form of costumes, allies and villains that reappear from past games. It feels almost like a tribute to the series up to this point, to the degree that, if they never made another Dragon Quest game after this, I’d probably be fine with that. After all, it’s not entirely unlikely that I’ll still be plugging away at this by the time Dragon Quest X comes around.

(in no particular order)

Assassin’s Creed Brotherhood – The campaign in this was mostly just Assassin’s Creed II: Part 2, but it was still a lot of fun and offered a satisfying conclusion (I think) to Ezio’s chapter of the overarching AC storyline. More notable about this game is the online multiplayer, which is basically a lethal version of hide-and-seek. It’s a little rough around the edges, but it’s unlike anything else out there and I can’t wait to see how they’ll develop it for the sequel.

Enslaved: Odyssey to the West – The gameplay is largely forgettable, but it’s still worth checking out Enslaved for the mysterious story and the interaction between the two main characters.

Lost Planet 2 – Just barely edged out of my top 5 by Splinter Cell. Monster Hunter Lost Planet 2 takes the serviceable shooting of the original and makes it incredible by allowing four players to team up through the whole game. It’s also got the best set pieces in any game last year.

Star Trek Online – Although it got off to a rocky start and power gamers may be able to blow through much of the game’s content in weeks, in the year since launch, developer Cryptic has rolled out tons of compelling new features, like custom mission creation and weekly featured episodes, that promise to keep the game fresh for years to come.

VVVVVV – Simple platforming gameplay with a thousand rows of menacing teeth. It’s also got a wonderful, retro aesthetic, a silly story, and a hyperactive chiptune soundtrack that I can’t get out of my head.

And finally, apologies to Alan Wake, Metal Gear Solid: Peace Walker, and Red Dead Redemption. They were games I felt stood a good chance at making the list but I just didn’t get around to playing them in 2010. There’s always next year’s list!