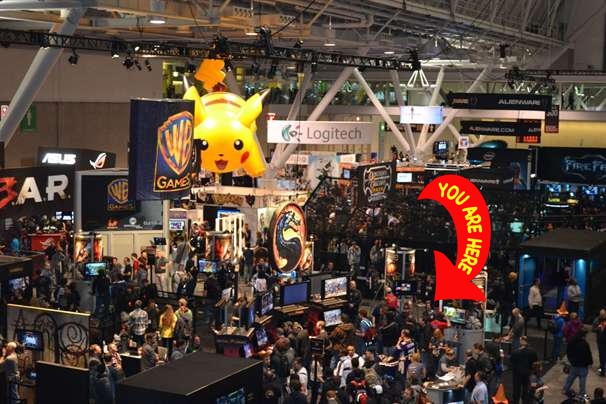 Trying to see everything that this year’s PAX East gaming convention had to offer in the course of a single afternoon was an enterprise doomed from the start.  In my first 3 hours on the show floor, I had only managed to see two of the booths on my wishlist (Red Faction: Armageddon and L.A. Noire) and meet up with some fellow Dragon Quest IX devotees.  I needed to devise a smarter plan of attack or I was destined to waste what little time I had waiting in line to watch a video of the first 10 minutes of Portal 2.

What I decided to do was this: see smaller games.  I knew that behemoths like Duke Nukem and SOCOM would inevitably get plenty of press from gaming magazines and blogs (and, as it turns out now, more than a few mediocre reviews) so it was in my best interest to use my day in Boston to fill up on as many cool, creative, under-hyped indie and downloadable games as possible.  These games, by nature of their budgets and visibility, were bound to get less media coverage further down the road.  Plus, their lines were shorter.

Some of the games that I played that afternoon have, by now, been released: Bastion, Outland, and The Dishwasher: Vampire Smile all delivered on what they promised during their demos.  A few still haven’t seen the light of day: Orcs Must Die, Fallen Frontier and Warp all intrigued but are awaiting concrete release dates.  One of the games I was most impressed by, Insanely Twisted Shadow Planet, is out today as part of the Xbox Live Summer of Arcade. 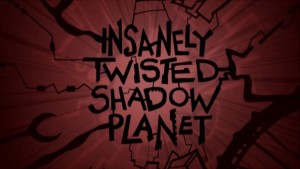 The look of I.T.S.P. instantly appealed to me: all shadows against deep hues with massive, multi-eyed, multi-tentacled monsters in pursuit of a tiny, seemingly defenseless UFO.  As I played with the ship’s lasers to take on smaller baddies and it’s claw to move obstacles, the charm of the gameplay began to click with me, as well.  The attendant manning the booth wasn’t willing to talk about multiplayer at the time but recent previews are describing it as more of a tactical co-op experience.  In short, I’m dying to get my hands on it this week.

On the subject of great independent games, LIMBO, one of my faves from 2010, is making it’s PlayStation Network debut this week.  If you don’t have access to an Xbox, this is your chance to play one of the most beautiful, engaging and singularly infuriating games I’ve ever had the pleasure of playing.

Lastly, if the summer gaming and television drought has made you truly desperate for entertainment, you can indulge your need for both in the video game versions of Bleach, Phineas and Ferb, and Sesame Street that are hitting store shelves this week.