As you may have learned from Episode #13: The Nuclear Option, the arcade scene in the Bay Area is fighting hard to come back. Last week, I checked out Gamecenter in San Mateo, a brand new (opened last month!) arcade in downtown San Mateo. The owner, Myung Kim, is a former game developer who was inspired by the thriving Japanese arcade scene and hopes to bring some of that enthusiasm and sense of community to America.

So far, I’d say he’s doing a great job: When I dropped in, I found a huge, cheering crowd huddled around a row of fighting games, while the other end of the arcade was packed due to a Super Smash Bros. tournament in progress. There was even a guy attempting to teach his female friend the intricacies of giant robot-on-robot combat, for better or for worse. (Think what you will–you’ve got to give him points for enthusiasm.) All this was happening on a Sunday afternoon, which is hardly peak hours. I can’t wait to see it on a Thursday or Friday evening, which is when I’m told the biggest crowds show up.

If you’re in the San Mateo area, stop by Gamecenter and show your support! You might even learn a thing or two. They’re open Wednesday through Monday, from 3PM to midnight. For location and more info, visit their website and watch their Facebook page for up to the minute news on special events–like Super Street Fighter IV and Marvel VS Capcom 3 weeklies starting this weekend! You can also follow them on Twitter at @GCArcade.

Check out the gallery below for some photos! (Click to enlarge.) 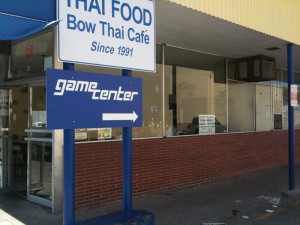 Since they’re a bit nestled into an alley, they’ve put up a helpful sign right on the street to help you find the place. Also, thai food. 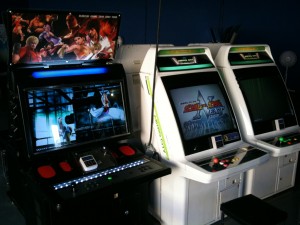 I was greeted by Super Street Fighter IV: Arcade Edition (posing as Tekken 6) and four linked cabinets of Japanese sensation Gundam VS Gundam NEXT. It’s not well-known in the States, but I hear the competition at Gamecenter can get downright fierce. 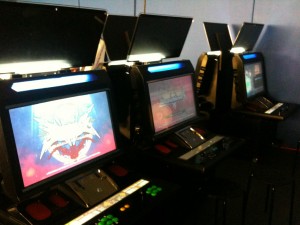 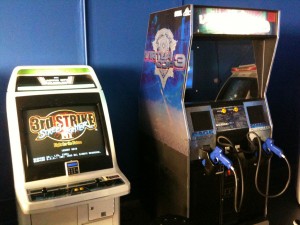 Fighting games not so much your thing? There’s a row of other games to hold your attention, and they’re no slouches: Next to the requisite Street Fighter III: 3rd Strike (admittedly, a fighting game), there’s the criminally underrated Virtua Cop 3. Not pictured: Dungeons & Dragons: Tower of Doom, Espgaluda II, Magical Drop III, and a cocktail cabinet playing classic games like Centipede. 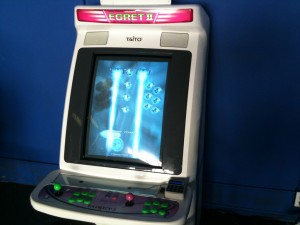 Oh, and Ikaruga. My old nemesis, we meet again. 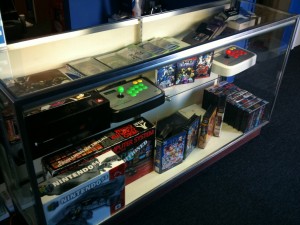 There’s an array of TVs at one side of the arcade where you can hook up consoles to play on. They’ll even rent you a Japanese Xbox 360 so you can try out some of the imports they have on hand. 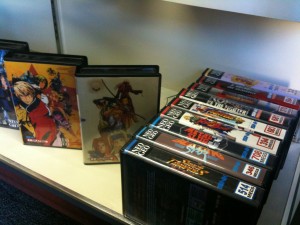 (I won’t say anything here so you can just drool over this exceptional Neo Geo library.) 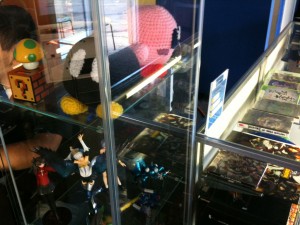 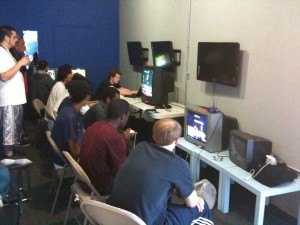 Gamers preparing for the Smash tournament. You can tell these guys were serious because they were all playing Melee and their characters looked like they were constantly having seizures.

Location Test is a recurring report on real- and not-so-real-world locations of interest. Visit the archive for more.