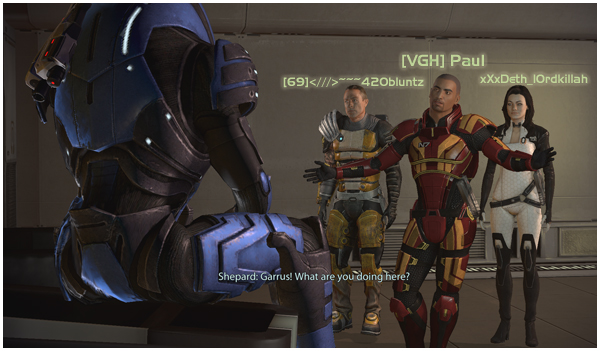 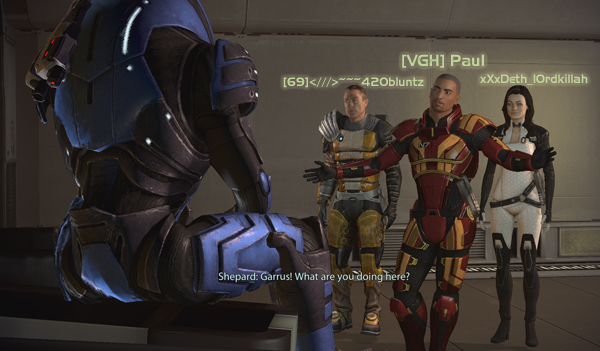 I think this might be awesome. There I said it.

Look, you know I love the Mass Effect series. When all is said and done, it may very well be my favourite game series of all time. I loved the gameplay evolution that we saw from Mass Effect 1 to 2, yes I was a little disappointed in the culling out of certain rpg elements, but overall I felt it was a much better game, strictly from a gameplay standpoint. Mass Effect is clearly Bioware’s flagship series and I am sure they are taking this addition of multiplayer very seriously. The fact that they are delaying the game (I assume multiplayer is a huge focal point of this) to fine tune it for release next year just confirms that. In the past, people have lamented the fact that Bioware is now under the EA banner and have feared for months that they are going to try and appeal to the “Call of Duty crowd” with Mass Effect 3. Even if this was true, why is this a problem? Do people really prefer the plodding and cumbersome gameplay of the first Mass Effect over the sequel? Better question though: What does that even mean?

Is moving towards a more action oriented and streamlined battle system such a bad thing? Not for me, no.

I have a lot of faith in Bioware, and hold them to very high standards. So far, the details on the multiplayer for Mass Effect 3 have been almost non-existant and yet people are leaping to the conclusion that it is going to destroy the game. I’ve seen quite a few people throw their hands up in the air and cancel their pre-orders over this announcement. Though I bet most of this is just internet posturing and these folks will lineup 4 hours in advance when the game is released. Look, it’s great that people are passionate about their gaming, I get it. But throwing a fit over the inclusion of a gameplay mode strikes me as silly, especially when details haven’t even been released yet. How about this, what if Bioware just absolutely nails it? What if the multiplayer mode in Mass Effect 3 makes the game 10x more enjoyable than if it was just a single player game only? Co-op could be absolutely incredible if implemented right.

It’s clear that Bioware is to treating the single player, narrative driven aspect of the game very seriously. They have more than enough manpower and money to keep the quality of the single player impeccable and also add some new modes. I am really excited to see what they have in store, but trust me folks, if the mulit player in any shape or form forces me to squad up with people that end up ruining the single player campaign, I may just light a torch and lead the mob in Edmonton.

But I don’t think that’ll happen.

What do you think? Is Bioware going to screw this up? Will they hit a home run? Are you tired of speculating on next to zero information? Let us know in the comments!

Edit: Chris Priestly has divulged a ton of info on the bioware forums. Shockingly, response has been overwhelmingly positive! I think this is probably because Bioware is doing this right. The multiplayer will be co-op ONLY, and will be a separate (almost…. bonus) portion of the game. Details can be found here.