Play More Games: Welcome Back to the Stage of History Thirteen-Two

It’s the end of January and that refreshing winter lull is finally coming to an end—hope you carved a decent chunk out of your backlog! Triple-A titles are officially back in season with this week’s two big releases, and boy, are they big.

Despite the generally disappointed reactions to its predecessor, Final Fantasy XIII, Final Fantasy XIII-2 remains the most anticipated game out this week. Following the precedent they set nearly a decade ago with Final Fantasy X-2, Yoshinori Kitase and his team have dreamed up another direct Final Fantasy sequel, which is unusual for a series known for introducing a completely new setting and storyline with each game. You’ll play as Serah, sister of XIII‘s heroine, and encounter familiar faces and locations along your adventure, which is shorter than a typical Final Fantasy but does attempt to address some of people’s complaints about the original, like its infamous linearity.

VGH #38: Stabbed Through the Earth! 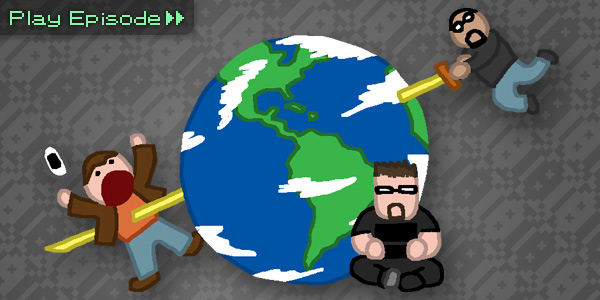 For here or to go? On this week’s show, we’re talking about the ever increasing ways we can take our games with us. Also: we played the demo for Asura’s Wrath so you don’t have to.