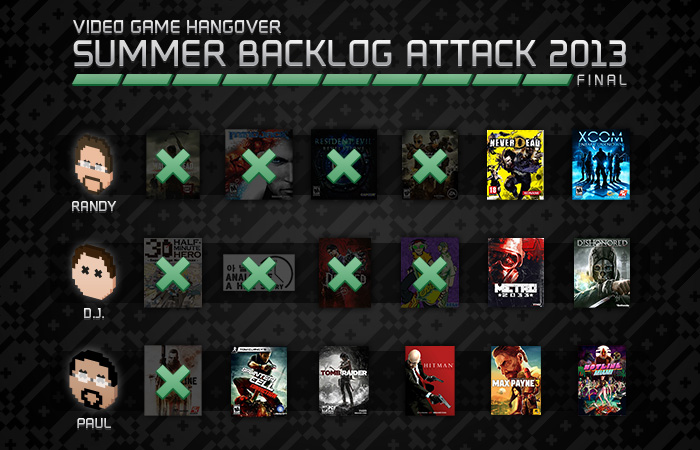 Now that the dust has settled, how did we do in this year’s Backlog Attack?

Randy successfully braved a trio of Metacritic’s most hated games (plus Resident Evil), and even ended up liking a couple! He’s still pretty certain that no one should play The Walking Dead: Survival Instinct, though.

I got through a handful of Steam and console classics before running into some mouse trouble playing Metro 2033 and calling it quits on a technicality. Yes, I’m blaming the controller, but I plan to get right back to shooting Russian mutants once my new mouse arrives. (In the meantime, Final Fantasy XIV is perfectly playable with a controller.)

Lastly, Paul played a lot of Animal Crossing and Project X Zone, neither of which were on his list. But, at least he finally played Spec Ops: The Line! Let’s give him partial credit.

For our full Backlog Attack postmortem, check out episode 114.