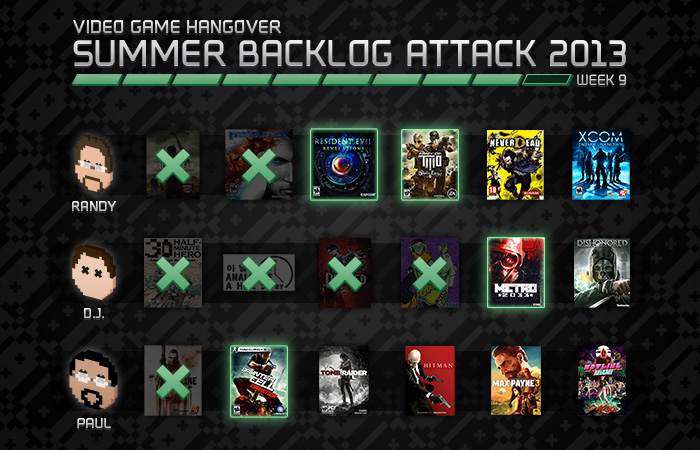 Here’s our last backlog update before GTA5 comes out and we post our final results next week! If you listened to this week’s episode, you already know I threw in the towel on Jet Set Radio in the hopes of getting to one last game on the list. I may go back and try to complete it at some point, but at this point I’m more curious about Jet Set Radio Future on the Xbox and seeing if it’s at all improved over the original. (It’s also worth noting that I’ve been listening to the soundtrack non-stop this week, so I at least took that away from it.)

We also wrapped up the Backlog Attack contest! Definitely tune into next week’s episode if you were one of our dedicated backlogonauts. We’ll be announcing the grand prize winner… along with some other things.