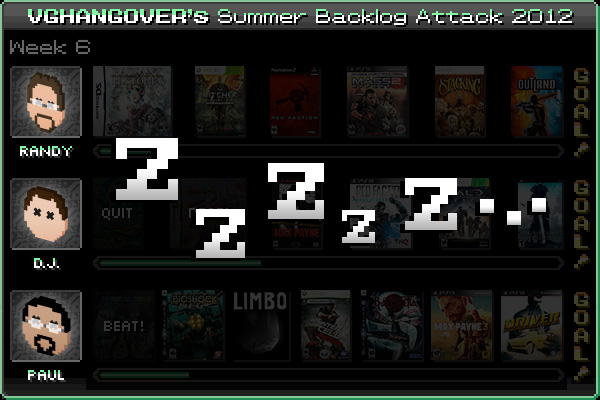 Confession: We straight up forgot to check in with our backlog progress last episode. We’re really embarrassed! Almost as embarrassed as we are to admit that last week was the slowest backlog week in six weeks running. I lost some of the momentum coming off Mega Man and was lured away by Modern Warfare 3. Paul still hates first-person shooters. And Randy… we heard he was too busy tracking down his new laptop, bounty-hunter style.

Has the crew hit bottom? I don’t want to give anything away, but tune in to this week’s episode for some shocking revelations in the most inflammatory installment of Backlog Attack yet!