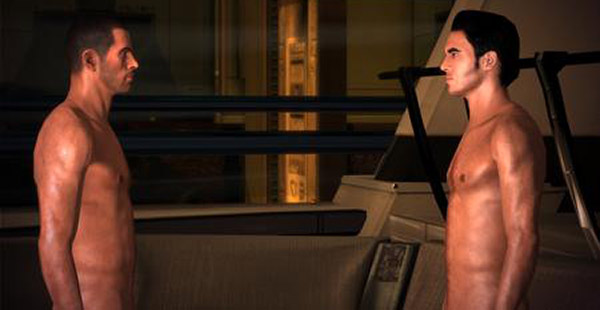 This week’s show was even randier than usual since we were talking gaming and sex! Now it’s time for your hosts to answer a few questions the morning after:

Q: Is sex in games exciting, or does it make you roll your eyes?
Matt (@mkernan): I think that if it’s done well in terms of writing, acting, and animation, it has the potential to be great. Most of the “sex appeal” I’ve seen in games tends toward the pointless and exploitative end of the spectrum though.

Q: Have you ever played a game because you were attracted to one of the characters?
Randy (@randy_wrecked): Bayonetta. I had zero interest in the mechanics of that game but I found the character smokin’ hot. I played it on the easiest difficulty just to get it out of my system.

Q: What’s your sexiest gaming moment and why?
Paul (@spaulsandhu): Sexiest moment in gaming for me would probably be the sex scene in Witcher 2 between Geralt and Triss in the elven pool. It has just the right amount of lady butt, man butt, but in all seriousness it was a really nice combination of explicit sex and tenderness that came together in a scene that didn’t cause me to roll my eyes. It was really well done.

D.J.: Well, Matt and Randy already stole my choices, so I’ll have to go with the dancer from Final Fantasy IV that they actually censored in the original SNES release. Yow!

Don’t be shy! Let us know if you think games have grown up enough to handle this subject matter, or if they still have some maturing to do.