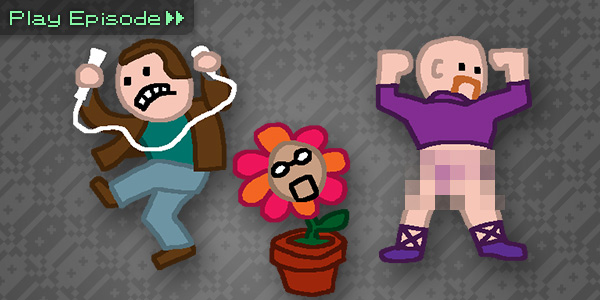 The crew discuss the new Zelda, waggle, and other unusual control schemes that they’ve both loved and hated. Paul goes the entire episode without hating on the Wii. We’ve also got your Viewer Mail, Saints Row: The Third, and yes, more Skyrim.

This Week’s Music:
“A Box from the 80s” and “Subimago” from the album BIAS, by Minusbaby.

Gunpoint gameplay video
Uplink on Steam
Silent Scope gameplay – Take him out with one shot!
PlayStation Vita Mall Tour – Try out the PlayStation Vita at malls across the country
100 Ways to Die in Skyrim