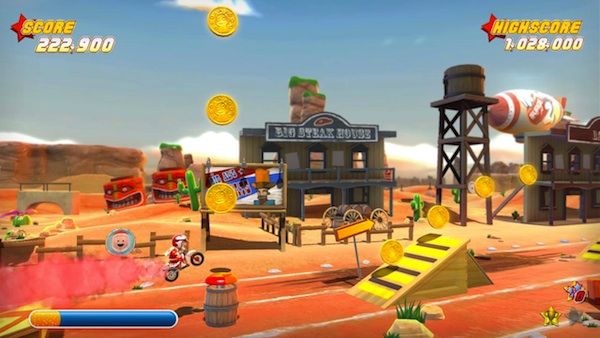 Getting the previously PSN-exclusive game at all should be pretty good news for 360 owners, but it’ll also include new content not found in the PSN version, hence the “special edition” nomenclature. On top of what’s in the existing version, Joe Danger: Special Edition will also include new characters, new levels, plus a new set of developer challengers, which they’re calling “The Laboratory”.

No specific release date was given, but it’s said to be arriving “Holidays 2011”, which could be any day now. In addition, Hello Games is also hard at work on follow-up named Joe Danger: The Movie, which will include a whole host of activities like jetpacking, skiing, and diving rather than only motorcycle stunt riding. That game is expected to arrive some time in 2012.