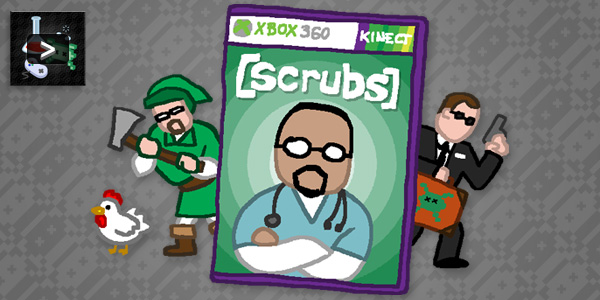 We’re back! Taking inspiration from their favorite books, movies, and TV shows, the VGH crew is wishing, hoping, and dreaming of video game adaptations that probably won’t ever see the light of day. Plus: Paul finally gets bitten by the DQIX bug, D.J. leaves the house, and Randy is easily offended. In the community theater segment, we hope to not get sued by the creators of Sam and Max.

Note: I seem to have melded elements of both X-Files video games into a single game in my head. The first game was primarily a point-and-click affair featuring some agent that wasn’t named Mulder or Scully. The sequel, subtitled “Resist or Serve”, was a more straightforward Resident Evil-style third-person shooter. I still maintain that both of them were pretty crappy, though. -Randy

Note #2: Sorry about the delay on getting this episode done folks, my apartment really did almost burn down! -Paul

Note #3: When I went to Southtown Arcade, they didn’t have any Namco games and I mentioned that in the show, but since then they’ve set up Tekken 6: Bloodline Rebellion machine. Could Soulcalibur V: Arcade Edition be in their future?!? Follow them on Twitter for more updates on their latest games! — D.J.