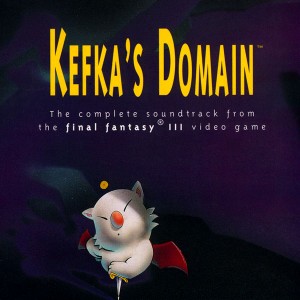 My apologies for the delay in getting this blog post up! I recently had a bunch computer related issues last week and was unable to work on anything. As I mentioned in VGH #8, game music is my favourite genre. This will be part one of my game music blog posts. Today I want to showcase some of my favourite game intro music and a few of my favourite composers. Let us get on with it shall we?!

We should kick this off with a bang! This is quite possibly one of the most glorious and surprising (as in completely unexpected) game intro tracks I’ve ever had the pleasure of listening to. Baba Yetu was originally composed for Civilization 4 by Christopher Tin and is historically important, as Baba Yetu is the very first video game song to ever win a Grammy! It’s an absolutely incredible song that fits the Civilization atmosphere so well. There were many times I would simply leave Civ4 on the title screen so I could listen to this song to completion.

httpa://www.youtube.com/watch?v=iDLgr321qS8 – This is the song that changed everything for me. To this day I still get goosebumps when I listen to it.

httpa://www.youtube.com/watch?v=8z_hCwrNcLs – Another incredible intro song. I would watch the Suikoden 3 intro movie to completely every time I started the game because I love this song so much.

So if you’ve finished listening to VGH #8, you know that most of my favourite game music composers are from Japan. Let’s start with my all time favourite:

My all time favourite composer is Yasunori Mitsuda. His music has touched me in a variety of ways and I credit his incredible work on the Xenogears OST and Xenogears: CREID album for making me fall in love with celtic music. I’ve put together this little Mitsuda Medley to showcase some of his more iconic styles. My goal is to take the listener on a journey of emotions. I decided to start things off with the very first Mitsuda composed song I’ve ever heard – The Chrono Trigger intro music. The order of the songs are as follows (w/ comments):

“To Far Away Times” (Chrono Trigger)
httpa://www.youtube.com/watch?v=m1qbVI9iTBU – This is the ending theme to Chrono Trigger. It’s beautiful medley that encapsulates the spirit of the game.

“Dazil, City of Burning Sands” (Xenogears)
httpa://www.youtube.com/watch?v=f2384v71q1g – Mitsuda does a fantastic job infusing this song with middle eastern sounds and some funky beats.

Sakuraba is my undisputed king of jrpg battle themes (only rivaled by Nobuo Uematsu).  So I figure I’ll showcase three battle themes composed by Sakuraba that just ooze “kick ass”. They also ooze some of the strangest track names you’ll ever see.

“A motion of Finishing Blow” (Valkyrie Profile 2)
httpa://www.youtube.com/watch?v=dHZADdy_pmM – I think maybe 4 people played Valkyrie Profile 2. It’s an incredible game and this battle music has a great build up.

“Battle with God Syndrome” (Valkyrie Profile)
httpa://www.youtube.com/watch?v=dnStNZqbEhw– I think maybe 3 people played Valkyrie Profile 1! Sakuraba infuses this song with so much energy you might want to run a marathon whilst this song plays.

Like D.J. said in his blog post, Uematsu is probably the biggest name in game music. He needs no introduction.

“The Decisive Battle” (Final Fantasy 6)
httpa://www.youtube.com/watch?v=1zU2agExFiE – Best boss battle theme music ever? It might be.

“Vamo’ Alla Flamenco” (Final Fantasy 9)
httpa://www.youtube.com/watch?v=agaH80PYEpY – I absolutely LOVE the whimsical feel of this song. Not to mention the spanish guitar. So much fun~

“Ending Theme” (Final Fantasy 10)
httpa://www.youtube.com/watch?v=3bv1oNp_wJw – A great ending theme will encapsulate the emotional roller coaster of a game. This song pretty much nails it. Excuse me while I go shed some manly tears.

So far this has been a very japanese heavy post so lets feature an American born composer now! Jack Wall is probably best known for his work on Mass Effect 1 & 2. He was subsequently dropped in favour of some random hollywood dude (Clint Mansell; who for the record has composed some amazing scores) for Mass Effect 3. Personally, as awesome as Mansell is, it is pretty lame that Wall won’t be working on the score for the biggest Mass Effect game. AHEM anyways!

“Noveria” Mass Effect
httpa://www.youtube.com/watch?v=wWW-hJbzhSU – I love the synth-y 80s sci-fi feeling the Mass Effect soundtrack invokes. This song is a perfect example of that.

“Vigil” Mass Effect
httpa://www.youtube.com/watch?v=w097Q0fZE-A – The main title song for Mass Effect 1, it also has that heavy synth-y feel to it. It also plays during one of the more somber moments of the game. Brilliant piece.

“Suicide Mission” Mass Effect 2
httpa://www.youtube.com/watch?v=VTsD2FjmLsw – Ass kickery in a can. The song builds up slowly but eventually goes into typical hollywood “epic battle”  theme music complete with choir vocals. And it is GREAT.

So that’ll be it for now. In my next post I’d like to showcase some amazing tracks by two incredible game developer in house bands the Konami’s “Kukeiha Club” and Capcom’s “Alph Lyra”. I’ll also be showcasing some incredible game music remixes and some fan homages to game music. Stay tuned!~