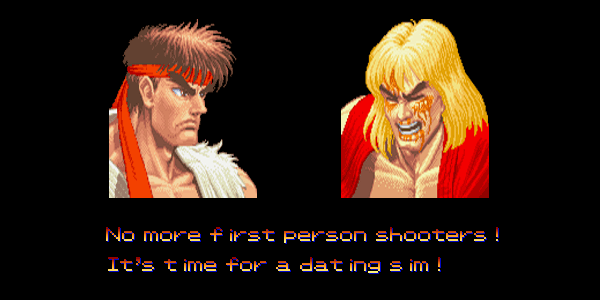 It’s a good week to be a fan of games starring big-eyed characters with brightly colored clothes and/or hair. After a few weeks of big, Western releases like Killzone 3, Bulletstorm, and Dragon Age II, it’s time for Japan to show its hand.

Possibly the highest title on the list is Sega’s Yakuza 4 for the PS3, the latest (at least in America) in the long-running, open world series about Japanese mobster/babysitter/golfer Kazuma Kiryu. Despite mediocre US sales ever since the first game came out on the PS2 back in 2006, Sega continues to find the time and money to bring these games to its small but fiercely devoted fanbase. After all the controversy over Sega cutting some content from the Western release of Yakuza 3 because of budget constraints, those fans will be pleased to know that the only things cut from this installment are a trivia minigame and the original opening song, which had to be replaced because of a licensing issue. Players should still have plenty of stuff to keep themselves busy while Sega figures out whether to localize the latest Yakuza game, which is a strange mix of Japanese gangsters and zombies.

Because I’m a devoted Monster Hunter fanatic, I’ll probably have to pass on Gods Eater Burst, which is Namco’s answer to Capcom’s PSP monster-slaying phenomenon that has gripped Japan for the last half-decade. Gods Eater mixes things up a little from the Monster Hunter formula by—among other things—adding a jump button and letting players carry both a gun and a sword simultaneously, the latter of which transforms into a giant maw to consume weakened monsters. (I’m guessing that’s where the “god eating” comes in, unless there’s something I missed.) There’s also a lock-on targeting feature, which should be a godsend for anyone who couldn’t get the hang of using the infamous Monster Hunter claw grip to keep your quarry in sight. (Monster hunters, this is where you can either scoff and/or shake your head in disapproval.) So why am I skipping the game? Well, mainly because embarking on a new monster hunting career when I’ve still got hundreds of hours to go is my existing one just seems irresponsible. I have to admit, though: It’s tempting.

I talked a little about Hard Corps: Uprising a few weeks ago when it came out for the 360:

In game downloads, we’ve got Hard Corps: Uprising, which is a spiritual sequel to Contra: Hard Corps. This game has stayed pretty far under the radar, but all you need to know is it has classic, sidescrolling shooting action and gorgeous 2D graphics. Actually, all you really need to know is: SPREAD GUN!

Since then, I’ve been able to try the game on the 360 and it plays very much like an updated Contra or Metal Slug. I was pleasantly surprised to find that they’ve added a dash move to make your character a little more agile than previous Contra soldiers, and, although it wasn’t great for my character’s lifespan, I quite enjoyed trying to make it through as much of the level as possible while holding down the dash button and shooting wildly. I blame that on the hard rocking guitar soundtrack by Guilty Gear series composer Daisuke Ishiwatari, which was another pleasant surprise. No promises that I won’t try to do this during online co-op. 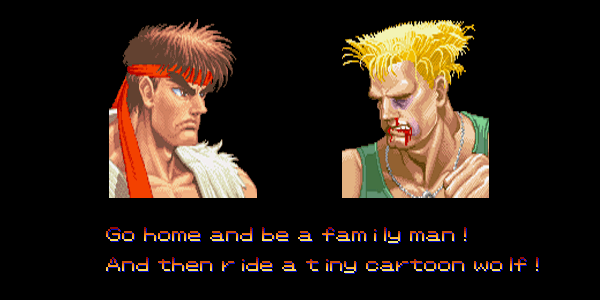 If you’re looking for something more relaxing, there’s Capcom’s Okamiden, the sequel to the PlayStation 2 action-adventure game starring goddess-turned-wolf and occasional Marvel vs. Capcom contender, Amaterasu. It’s good to see that the series’s distinctive, sumi-e-inspired visuals survived the transition to the DS. I imagine it’ll also be easier to accomplish all that cosmic paintbrushing using the DS’s stylus instead of an analog stick.

If you’re really into imaginary words, there’s Ar tonelico Qoga: Knell of Ar Ciel for the PS3, which is an RPG and the third and final game of this series which began on the PS2. I wish I could say more about it but I unfortunately don’t have much experience with the series, apart from really enjoying the few bits of the soundtrack that I’ve heard. Hopefully the voice acting is better this time around. (For the record, the music box stuff going on in that video is not the part of the soundtrack I was referring to.)

Finally, we’re getting another PS1 classic on the PSN Store this Tuesday. In order to build hype for the upcoming The 3rd Birthday (AKA Parasite Eve 3), Square Enix is bringing us the original Parasite Eve, which was their first big, multi-disc RPG after they got the world’s attention with Final Fantasy VII. I have extremely fond memories of this game, although sometimes I have to be reminded it exists—maybe because its contemporary New York setting and horror/thriller elements are so different from what I associate with Japanese RPGs. It’s definitely worth a look if you’ve never played it. Just take a look at this intro movie and try telling me that 1998 wasn’t a great year.

Whew! That was a lot of Japanese games. What are your options this week if you’re a Japanophobe, though? Well, there’s Homefront. It’s a first-person shooter where army men yell “HOLY SHIT!” and shoot machineguns. Sounds awesome!

And one last thing: I’d be remiss writing this Japan-centric Play More Games without mentioning that, even though I’m across the globe, I’m still reeling from the news of the terrible earthquake and tsunamis which struck Japan last week. As someone who’s gotten years of enjoyment and—just maybe—enrichment out of a pastime that’s so closely associated with the country, I feel like I have that much more reason to help provide aid to everyone affected over there. Through efforts like the annual Child’s Play Charity, gamers have shown their enormous capacity for generosity. Here’s another chance for us to give back. If you’re able, please find a charity to support or simply donate to the Japanese Red Cross. Even a few dollars could make a difference.

Update: We’ve mentioned on the show that we’re fans of CheapAssGamer.com, for many reasons. Not only are there some great people there, but the site owner (and Tokyo resident), CheapyD, has repeatedly shown himself to be a generous and upstanding individual. In fact, he’s just opened a CAGs for Japan Relief fund via GlobalGiving and will match donations up to $10,000. If you’re planning to make a donation to any charity for Japanese tsunami relief, I think this one is an excellent choice.