Play More Games: “You Are the Reinforcements” 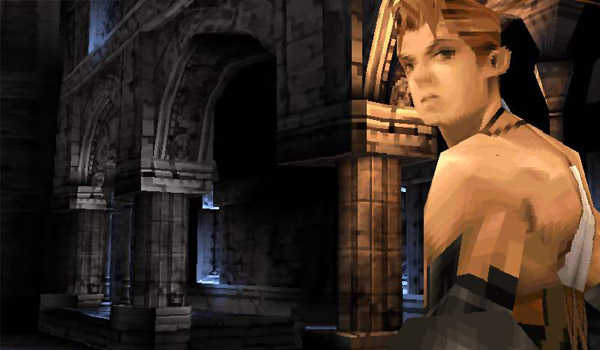 I’m taking a short break from being completely absorbed in Tactics Ogre to remind you that, yes, there are still more games coming out this week. And best of all, unless you’re planning on picking up a copy of Fight Night Champion, you can get all of these without even leaving your house!

If you’ve got an Xbox 360, you’ll be happy to know that the HD remastering of the much-beloved Beyond Good & Evil arrives on XBLA on Wednesday. Originally released way back in 2003, this was the first game to successfully combine 3D action, photography, and talking pigs. At the risk of inciting an Internet riot, I have to be honest and say I don’t fully understand why this game receives quite the amount of gushing praise it does, but that’s not to say I didn’t have a great time playing through it and recommend you do the same. That is, again, if you have an Xbox, since this is yet another timed exclusive.

But don’t despair yet, PS3 owners! Q-Games feels your pain and has prescribed PixelJunk Shooter 2, the followup to their quirky game about a tiny spaceship that discovers that water and magma don’t always get along. (OK, they actually never do.) This first direct sequel in the PixelJunk series of games (unless you count PixelJunk Racers: 2nd Lap, and really, let’s not) features brand new worlds and an even brander newer online versus mode that lets you heap all kinds of geological calamity (or just old fashioned bullets, if you prefer) onto one of your soon-to-be-former friends. It’s out this Tuesday on PSN.

Also out on Tuesday are a couple more DLC packs, the first being the First Strike map pack for Call of Duty: Black Ops. It’s completed its exclusive tour of duty on the 360 and is now ready for patient PS3 gamers. The second DLC, coming to both PS3 and 360, is Dead Space 2: Severed, an add-on episode for Dead Space 2 starring a couple characters from Dead Space: Extraction. Spoiler alert: Limbs get cut off.

Lastly, Square Enix and Sony have a surprise gift for everyone this week in the form of a PS1 Classic: It’s Vagrant Story, the cult classic, dungeon crawling RPG that just happens to be the all-time favorite game of one of your VGHangover co-hosts. (Hint: It’s mine.) I could extol the virtues of this game for hours, but for everyone’s sake (and because I really need to get back to Tactics Ogre), I’ll summarize: It’s another game from Yasumi Matsuno and his dream team. This time around, he leaves the isometric battlefields of Tactics Ogre and Final Fantasy Tactics behind in favor of a complex, 3D battle system where you customize your own weapons and combos. Enriching the experience are gorgeous art and graphics (despite this being a PS1 game, I think the visuals have aged quite well), Hitoshi Sakimoto’s magnum opus soundtrack, and, in true Yasumi Matsuno fashion, a twisting, mysterious plot where pretty much no one is who they appear to be. The game can be frustratingly harsh on new players, but if you stick with it and take the time to learn many of the intricacies, I think you’ll agree it’s one of the finest and most rewarding games out there. If you’re looking for a fresh, new experience, please check this one out and definitely let me know what you think of it.

If you want a closer look, check out the game’s trailer which first captivated me back in 1999: