Play More Games: “Let Us Cling to the Fate of Two Hyperdimensions of Revelation” 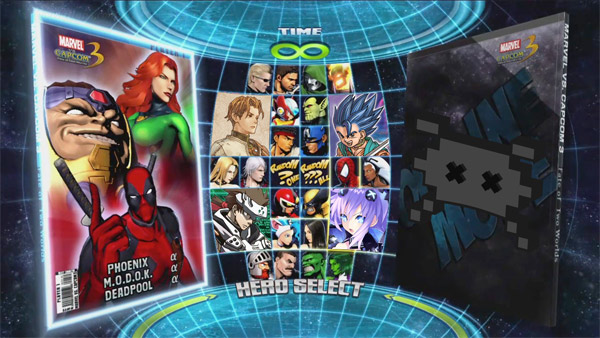 The February games onslaught continues this week! I’m still pouring hours into Test Drive Unlimited 2, but hopefully I can find time for a few breaks from that to play Tactics Ogre: Let Us Cling Together. I already talked a bit about this in our 2011 preview post, so let me just be lazy and quote that here:

If you played RPGs or strategy games in the mid-90s, you already know the Ogre series is practically legendary. If you’ve never heard of it, this PSP remake is your chance to play one of the most revered tactical RPGs of all time, featuring strategic battles and an intricate storyline from the team behind some of my favorite games of all time, Vagrant Story, Final Fantasy Tactics and Final Fantasy XII. The remastered soundtrack by composers Hitoshi Sakimoto and Masaharu Iwata may be enough reason to pick up a copy, although it pains me that the PSP speakers won’t do it justice. Finally, if you preorder this on Amazon, it comes with a set of tarot cards (series fans will understand) illustrated the game’s artist, Akihiko Yoshida.

Something I hinted at is that this is the latest game (or latest remake, anyway) from my favorite game designer, Yasumi Matsuno. With all the improvements in this version, you might even consider it a director’s cut. For a little background info on the production, here’s a great Q&A with director Hiroshi Minagawa, who previously was the art director for Ogre Battle, the original Tactics Ogre and Vagrant Story.

I picked up Dragon Quest VI: Realms of Revelation for the DS a couple days early on Saturday at a Gamestop signing event. Series creator Yuji Horii was there, and I’ll be talking a little about that in Episode 4. Sadly, I don’t think I’ll be getting to the actual game for a while because of Tactics Ogre (and the fact that I still haven’t played the DS versions of DQ4 and 5), but I’m still really looking forward to it since it’s brand new to the U.S. and is supposedly Yuji Horii’s favorite of the series.

The big game for most people this week is probably Marvel vs. Capcom 3: Fate of Two Worlds for the PS3 and 360. Fans have been begging for it for years and it’s been the subject of countless fake screenshots and April Fool’s jokes, but now it’s finally here. I haven’t been a big fan of the VS. series since the original Marvel vs. Capcom, but maybe I’ll play a little Marvel vs. Capcom 2 on PSN this week to see if it changes my mind. I’m really disappointed and still pretty surprised that neither Strider Hiryu nor Captain Commando made it into MvC3, though. Those guys are MvC!

Before writing this, I didn’t know anything about the PS3’s Hyperdimension Neptunia other than the fact that it had a really cool name. It looked like a super, super-Japanese turn-based RPG full of scantilly clad anime girls. In a bizarre meta-twist, though, the plot is a loose allegory for the current console war and features characters based on the three major consoles. (Watch for the black, green, and white heroines in this trailer.) This might be a hit with people who thought Game Dev Story needed more combat and boobs.

In game downloads, we’ve got Hard Corps: Uprising, which is a spiritual sequel to Contra: Hard Corps. This game has stayed pretty far under the radar, but all you need to know is it has classic, sidescrolling shooting action and gorgeous 2D graphics. Actually, all you really need to know is: SPREAD GUN! This is out this Wednesday on Xbox Live Arcade and will be coming to PlayStation Network at some point in the future. Since we established in Episode 3 that we’re all huge Contra fans, I can’t wait to play some online co-op.

Last, but definitely not least, Splinter Cell: Conviction is out for the Mac on Thursday. This game made both Randy and my best of 2010 lists, so if you’re a Mac owner and you haven’t already played in on 360 or PC, definitely give it a try.

Are you picking anything up this week? Who’s on your Marvel vs. Capcom 3 dream team? Let us know in the comments!