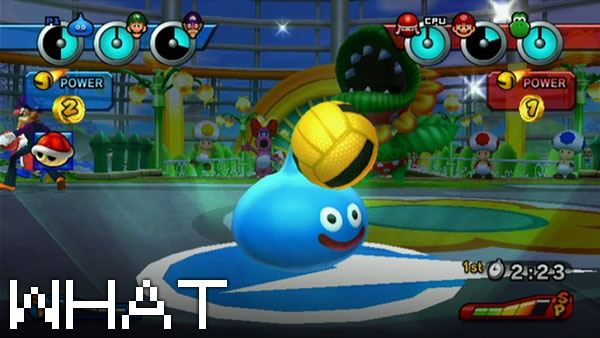 I have a confession to make: After doing my best to hype up Bionic Commando Rearmed 2 last week, I didn’t actually buy it. Grin’s track record (the original BCR was their only game that wasn’t critically panned), the lack of reviews, and just a general skepticism surrounding Fatshark, the game’s partially Grin-staffed developer, made me cautious. Then there was that whole debacle about the PS3 version of the game requiring an Internet connection even though it’s an offline game. I was a little torn because on one hand, that’s an absurd practice that I don’t want to support. But on the other hand, I really did want the game! Then the mediocre review scores started rolling in and I didn’t feel as bad anymore.

Fortunately, there are still tons of games coming out this month for me to play instead. What’s out this week?

Leading the charge is the long-awaited Test Drive Unlimited 2, the sequel to one of my favorite driving games. I’m looking forward to cruising around Ibiza and eventually Hawaii, taking in the scenery and occasionally crashing into things, possibly including other players since the game populates the streets with everyone else playing the game. I hope there’s not too much congestion on launch day. This is out for PS3, 360 and PC, and is actually a merciful $50 in a world of $60 games.

Next is Mario Sports Mix for the Wii, where the multi-talented plumber proves he’s also adept at basketball, volleyball, hockey, and… dodgeball? Why not? I’ll admit I’m a little curious in this since I enjoyed Mario Hoops 3-on-3 on the DS, despite the awful, awful theme song (Don’t even click that.) and the fact that it didn’t have online play. This one does, so if the gameplay is similar, it could be a winner. Also, while looking up which sports are actually in the game, I discovered that Dragon Quest‘s slime makes a cameo, and he can apparently play volleyball. I’m going to try really hard to resist.

This was a surprise to me: There’s a new version of the hit 90s trivia game You Don’t Know Jack coming to just about every major platform. (Sorry, PSP owners!) You can now spend hours infuriating your friends with inane trivia over the Internet, which reminds me: Follow me on Twitter!

The last game on the list this week is Popcap’s Plants vs. Zombies on PSN. Maybe you’ve heard of it. Maybe you’ve played it on PC, Mac, iPhone, iPad, Xbox Live Arcade, or even performed a breakdance homage to it because you’re some weirdo from L.A. Until now, though, there’s a good chance you haven’t played it on your PS3. Sunflower…

Finally, in a bizarre alternate reality, Portal 2 is out today and not on April 19th.

What are you playing this week? Can a slime even play volleyball? What form of personal expression do you think most wholly conveys the neverending struggle between the undead and foliage? Let us know in the comments!