Play More Games: Another Glorious Day in the Corps

There’s been disappointingly little buzz about Aliens: Infestation, so I’m making it my responsibility to tell you about it. First of all, this isn’t Aliens: Colonial Marines, Gearbox Software’s console FPS that’s due out sometime next year. Infestation is a 2D, sidescrolling shooter that drops you and a squad of marines back onto xenomorph-infested planet LV-426 to rescue fellow soldiers, who will live or die based on your split-second decisions. You’ll wield classic weapons like flamethrowers, smart guns, and, of course, the M41A pulse rifle, and maybe even drive a power loader or two. Developer WayForward is the studio that brought us the excellent Contra 4 and, more recently, BloodRayne: Betrayal, although Infestation looks a bit more Metroidvania than the all-out action of the former two games. However it ends up playing, I am firmly on the ready line. 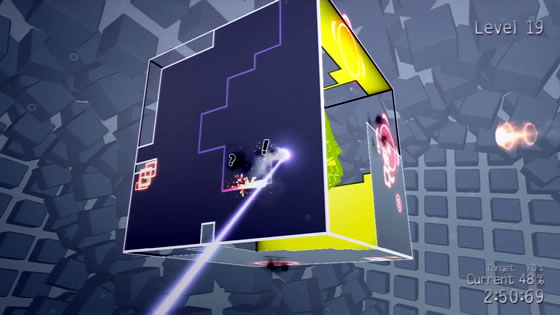 Play More Games: The One and Only Punch of a Stupendous Badass

So this week I was getting ready to be all, ooh, Dark Souls. Oooooh, Rage, etc., etc. And then Sony went and announced their new “Only on PSN” initiative yesterday, through which they’ll launch one or two exclusive games every week in October, including recently announced, Pub-Fund-backed games, Eufloria and Okabu.

But wait, there’s more! Not content with releasing seven PSN exclusives over the next four weeks, they also casually mentioned that they’re kicking off the month by pulling a handful of classics out of the PlayStation 2’s back catalog and putting them up for sale on the PSN. That’s right–PlayStation 2 games on the PS3! Cue the floodgates of gamers begging for re-releases of their favorite discs, or the cynics saying that this was Sony’s plan all along when they phased out backwards compatibility. Personally, I’m happy to see Sony making this surprisingly tasteful lineup of obscure games available to a new generation of gamers.

So what PlayStation 2 games will you be playing in October of 2011?

First, my personal favorite: God Hand, the outrageous 3D brawler from now-shuttered Clover Studio that’s famous for its litany of martial arts moves, an insane sense of humor as only Japan can deliver (absolutely don’t miss the trailer), and for having no illusions that it’s “ball-bustingly hard.” Here’s what I had to say about it back in 2006:

Five years later, I still strongly recommend you show your support for God Hand. Maybe Capcom will listen up and put Gene into Ultimate Marvel vs. Capcom 3: Arcade Edition.

BGM Mode: Round One… FIGHT!

In the mood to play something besides the shooter-of-the-week? Universe Sandbox, the offbeat game-slash-astronomer’s-playground is just what you need. Listen to our impressions in Episode…

RADIANT SILVERGUN IS OUT NOW. That is all.

Believe it or not, this is the slowest week in September for new releases. What are we looking forward to amongst this agonizingly bleak crop…

It may still be unseasonally warm out, but you only need one glance at this month’s release lineup to see that Fall is officially here.…

There’s only one notable release this week, but oh, is it a big one: Halfbrick‘s runaway mobile success, Fruit Ninja, is finally out for Xbox…

I hope you’ve cleared your schedule: Xbox Live’s Summer of Arcade kicks off this week, and, as if in response, there’s plenty of new games…

As you may have learned from Episode #13: The Nuclear Option, the arcade scene in the Bay Area is fighting hard to come back. Last…

It’s a pretty light week for new releases, but at least one of these is guaranteed to keep you glued to your controller so badly,…

I did my share of defending America’s (and Earth’s!) independence from giant insect overlords this weekend, but it turns out that was only the first…

If you’ve listened to Episode #11: Cartoon Animal Abuse, you’ll remember I talked about Southtown Arcade in San Francisco. Here are a few photos I…

It seems like the dry spell may be coming to an end for 3DS owners. We recently saw the opening of the 3DS eShop and…

Long have gamers waited for this day. When Final Fantasy VII first arrived on Western shores in 1997, few could have foreseen the extent to…

Did you miss us? It’s been a while since there have been any notable releases, but a few stalwarts have decided to be brave and…

There’s just too much incredible music out there to fit into one show! In an attempt to cover even a fraction more of it, we’ve each collected a few more songs we think are worth listening to. It was still nearly impossible for me to narrow it down so there’s quite a bit on here, but I hope you’ll take a few minutes to listen to a few of the songs here. Let’s start with a few songs from my all-time favorite game composers, in no particular order:

It’s time. No matter how hard the gaming draught has hit you this month, there’s something for you to play this week. Let’s start with…