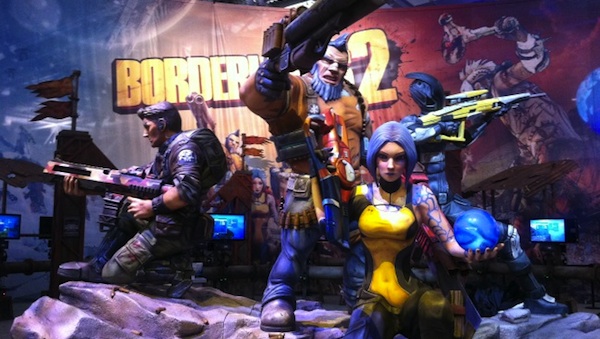 Drop us a comment and let us know what you’re looking forward to from PAX, what your game-playing plans for the weekend are, or just tell us anything else that’s on your mind!

Randy Dickinson (@randy_wrecked): Backloggery! This recent lull in the release schedule has given me the chance to work through some of the older games in my collection; this week’s picks are Bioshock and Crackdown 2. (I’ve actually played Bioshock before on the 360 but this is my first time working through the updated PS3 version.)

Tragically, I won’t be in attendance at PAX this weekend but I will be following the streaming video at TwitchTV and feverishly refreshing #PAXeast on Twitter. It’s almost like being there but without the pervasive body odor and practically no risk of catching SARS. I’m hoping to hear some good hands-on impressions of Max Payne 3, Heroes of Ruin and all of the cool stuff on display at the Indie Games Megabooth.

D.J. Ross (@metaly): It’s the weekend, so that means time to put a couple more hours into Mass Effect 3. At this rate, maybe I’ll have it finished by the time Bioware releases their “for real, this time” expanded ending DLC.

Paul Sandhu (@spaulsandhu): I’m finally going to upgrade my Xbox 360 and I plan on getting Gears of War 2 and 3 just based on Randy’s recommendation. Will I get a chance to actually play any games this weekend though? Nah.

Matt Kernan (@mkernan): I reacquired Crackdown 2 after I spotted a Randy in the wilds of Xbox Live playing it all by his lonesome. After playing a couple hours of co-op with him and VGH listener Greencapt, I’ve decided that I’ll actually try to finish it this time around (eventually). If time allows, I might play that a little, but I’m also still trying to make my way through Mass Effect 3. I’m still on my Vita kick too, so am I’m planning to bring it along to the multi-family Easter gathering I’m headed to this weekend. WipeOut 2048, Hustle Kings, Rayman Origins, Mutant Blobs Attack, and Unit 13 (RIP, Zipper Int.) are all on the menu.